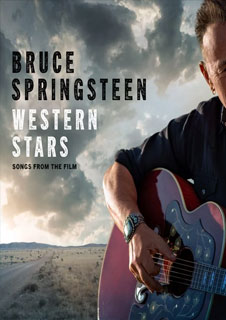 Warner Bros. Pictures will release a cinematic film version of Bruce Springsteen’s latest album, Western Stars, worldwide, on the big screen. Longtime collaborator Thom Zimny directs together with Springsteen in his directorial debut. “Western Stars,” which will make its world premiere at the 2019 Toronto International Film Festival, is slated for release this fall.